Inflation is gaining momentum. How does gold react to it?

According to the US Department of Labor, in April of this year, inflation in the country has reached the highest level since September 2008. Consumer prices increased by 4.2% over the year — almost twice as high as predicted by experts.

Inflation in the United States has been on the rise for five consecutive months. The increase in prices is due to the ease of restrictions imposed because of the COVID-19 pandemic. The ensuing surge in consumer activity led to a shortage of many goods and an increase in price for many of them.

Manufacturers simply can’t keep up supplying products to the market. For example, an acute shortage of computer chips is holding back the pace of car production. As a result, prices for used cars soared by 21% over the year. Food is also rapidly becoming more expensive — twice as fast as before the pandemic. 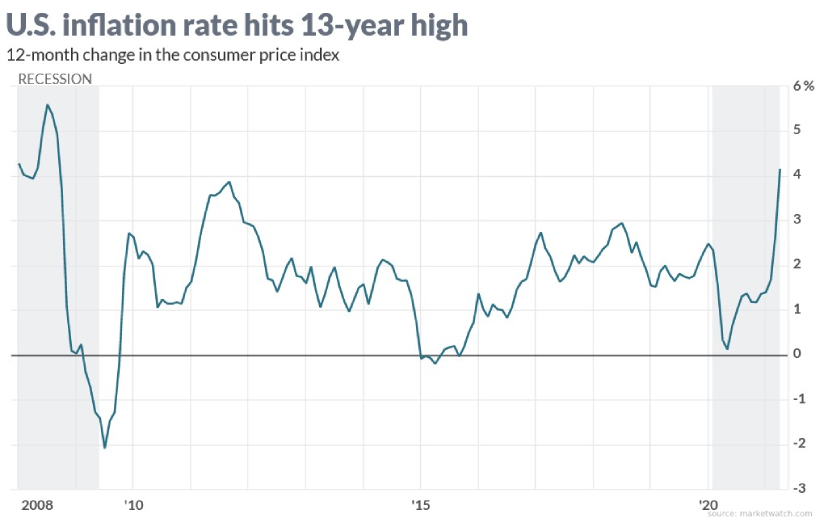 In the chart: the US inflation rate is at its highest in the last 13 years.

Against the backdrop of a deteriorating situation, the price of gold headed upward.

Investor and founder of Pershing Square Capital Management Bill Ackman believes that increased inflation could be the “Black Swan” for the world economy. This is what economists call hard-to-predict, rare events that entail serious consequences. 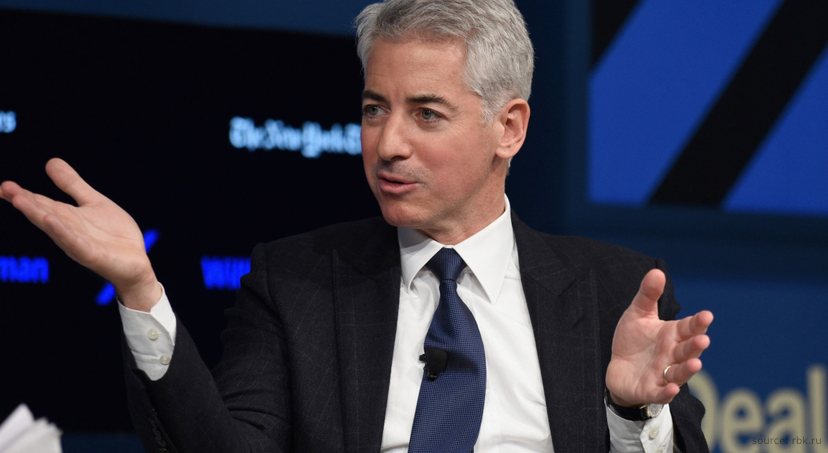 In the photo: billionaire Bill Ackman is concerned that stimulating the American economy with trillions of dollars and lowered interest rates will cause devastating inflation.

Warning signs from the past

The threat of inflation should not be underestimated. There were cases when this phenomenon reached catastrophic proportions and turned into hyperinflation*. National currencies depreciated in a matter of hours, depriving people of multi-year savings.

Here are some of the most striking examples.

The highest spike in daily inflation: 207%

Time it took for prices to double: 15 hours

The highest spike in daily inflation: 65%

Time it took for prices to double: a day and a half

The highest spike in daily inflation: 98%

Time it took for prices to double: 25 hours

It is imprudent to assume that a similar thing cannot happen to the US dollar. Most likely, residents of the aforementioned countries were also confident in the reliability of their currencies until they faced a powerful crisis. That is why a protective asset for savings — investment gold — is gaining popularity around the world.

According to renowned investor Sam Zell, buying gold is a natural reaction to inflation. The billionaire used to be previously skeptical of gold as a strategic asset, but has recently replenished the stocks of the valuable metal, as he is concerned about the current situation and the fate of the US dollar.

If you do not intend to take risks and endanger your savings, then you’ve come to the right place! The GIG-OS online platform provides an opportunity to purchase a wide range of investment gold bars as well as tools and special projects that facilitate the purchase of the noble metal.

Provide yourself and your loved ones with Financial Security using gold!